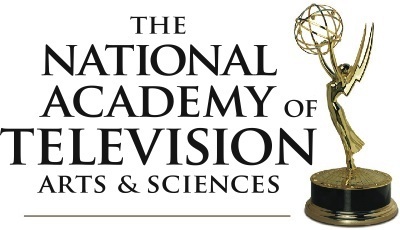 The 44th Annual Daytime Emmy Awards process is now underway. Below is a look at this year's new categories, and changes to old categories.

CATEGORY CHANGES AND ADJUSTMENTS
* Talk Shows (both Talk Show/Entertainment and Talk Show/Informative) may now submit up to 2 episodes from the 2016 Calendar year in order to better represent the diversity and multitude of content presented over the course of a season.
* To better represent the variety of production elements and challenges over a season, in the category of Outstanding Directing in a Talk Show/Entertainment News or Morning Program, Directors may now submit a clip reel with a total running time of up to 40 minutes of highlights from up to 5 episodes from the 2016 Calendar year.
* On-Camera Musical Performances from any appropriate Daytime show can now enter the newly renamed category of Outstanding Musical Performance in a Daytime Program. A reminder that the Award recognizes the work of the Principle Artist and the Program’s production of the performance. Multiple entries are accepted for performances by different musical artists appearing on a
program throughout the 2016 Calendar year.
* For the Blue Ribbon Judging round, Performers from all Drama Performer categories can now submit up to 20 minutes TRT of appearances from UP TO FOUR Episodes from the 2016 Calendar year.
* In the categories of Outstanding Drama Series Directing Team and Drama Series Writing Team, shows may submit 2 episodes from the 2016 Calendar year for evaluation.
* Outstanding Children’s Series has been updated to Outstanding Children’s and Family Viewing Series, in order to better reflect general family viewing and Educational and Informational programming. Related Performer, Host and Craft categories have now been adjusted to accommodate the change.